Despite war, separation, and loss, two women find strength in their love for one another...

"Packs a lot into a swift, emotionally wrought chronicle...the novel wallops us with a horrible sense of humanity against humanity, redeemed by the gleam of Lara and Marija's genuine love." : ― Library Journal

Domnica Radulescu’s third novel, Country of Red Azaleas, illustrates the redemptive power of female bonding, even in the most harrowing circumstances. The story takes place during the Bosnian War (1992-1995), when Serbian soldiers practiced systematic genocide and raped an estimated 20,000 to 50,000 Bosnian women in “rape hotels” or “rape camps.” In spite of the violence, Lara and Marija — a Serb and a Bosnian, respectively — remain closer than sisters, even in the face of separation and tragedy.

The two meet when both are schoolgirls in Belgrade. Lara is drawn to Marija’s exuberance and rebelliousness, beauty and charm. Lara, whose mother is an avid movie buff, was named after the heroine in the film version of Dr. Zhivago, and Lara shares her love of old movies with Marija. However, when war breaks out, pitting the young women’s homelands against each other, Lara and Marija must separate.

1980s Romania: As the sun sets on the magical shore of the Black Sea and casts its last rays across the water, all Nora Teodoru can think about is pursuing her dream of becoming an accomplished artist - and of her love for Gigi, her childhood boyfriend from the Turkish part of town. But storm clouds are gathering as life under Dictator Nicolae Ceausescu becomes increasingly unbearable. His secret police are circling, never far from the young couple's doors. Nora and Gigi make plans to escape to Turkey. But nothing can prepare them for the events that follow...

"I board the train and watch the dark forests roll past. This is my last train ride towards Bucharest; the next train will take me away forever . . ."

It is 1977 and seventeen-year-old Mona Manoliu has fallen in love with Mihai, a mysterious boy who lives in the romantic mountain city where she spends her summers. She can think of nothing and no-one else.

But life under Ceausescu's Romania is difficult. Hunger, paranoia and fear infect everyone. One day Mona sees Mihai wearing the black leather jacket favoured by the secret police. Is it possible he is one of them ? As food shortages worsen and more of her loved ones disappear, Mona comes to understand that she must leave Romania.

She escapes in secret - narrowly avoiding the police - through Yugoslavia to Italy, and finally to Chicago. But she leaves without saying a final goodbye to Mihai. And though she struggles to bury her longing for the past, many years later she finds herself compelled to return, determined to learn the truth.

Domnica Radulescu's first novel has been translated into twelve languages.

Voices on the Move:
An Anthology by and about Refugees

"Voices on the Move is a moving, must-read artistic exploration of migration and the trauma of displacement. Through diverse modes of expression—poetry, fiction, photography, play—the voices in this collection present the multitudinous ways with which we experience uprooting and belonging. The book is a jewel, a chronicle of our times, an intense awareness of humanity’s suffering and its yearning for home." : - Samrat Upadhyay, author of Arresting God in Kathmandu.

This multi-genre anthology is a collection of diverse artistic works ranging from poetry to creative fiction and non-fiction, from drama to photography. The collection is inspired by the multilayered experience of displacement, with a focus on the migration of what Edward Said calls “large aggregates of humanity” of the last several decades.

Most of the contributors to the collection are themselves immigrants or refugees, or have worked with displaced peoples, such as migrants unfairly kept in detention centers or struggling to resettle in their host countries. This offers an added level of authenticity and truthfulness to their work. The multifaceted artistic exploration of the trauma of migration unfolds with a sense of urgency that engages and awakens readers to the harsh realities faced by millions as they escape war, famine, and gang violence only to encounter new and unexpected difficulties in the countries where they have asked for refuge.

This book could not be more relevant and necessary today, having arisen as a direct and impassioned response to the present realities of the migration of peoples, in the belief that artistic expression in all its forms has the power to transform, heal, raise consciousness, and incite to real action in the world.

Theater of War and Exile

Twelve Playwrights, Directors and Performers from Eastern Europe and Israel

"With an exile’s insight and an advocate’s clarity, with a scholar’s thoroughness and an artist’s passionate partiality, Radulescu assembles and frames an illuminating array of recent-and-contemporary theatrical manifestations that explore war-born, genocide-inscribed trauma." : - Erik Ehn, Professor and Chair of Theater Arts and Performance Studies at Brown University.

In what ways does political trauma influence the art arising from it? Is there an aesthetic of war and exile in theatrical works that emerge from such experiences? Are there cultural markers defining such works from areas like Eastern Europe and Israel? This book considers these questions in an examination of plays, performances and theater artists that speak from a place of political violence and displacement.

The author’s critical inquiry covers a variety of theatrical experimentations, including Brechtian distancing, black humor, pastiche, surreal and hyper-real imagery, reversed chronologies and disrupted narratives. Drawing on postmodern theories and performance studies as well as interviews and personal statements from the artists discussed, this study explores the transformative power of the theater arts and their function as catalysts for social change, healing and remembrance.

"Never before has the history of Western women in comedy been written with such historical scope or comparative detail. Radulescu brings the astute eye of the theatre historian to a socially committed feminist inquiry into women's humor, creating a study useful for scholars and practitioners, teachers and students." : - Jill Dolan, Princeton University

Women's Comedic Art as Social Revolution: Five Performers and the Lessons of Their Subversive Humor

Though comic women have existed since the days of Baubo, the mythic figure of sexual humor, they have been neglected by scholars and critics. This pioneering volume tells the stories of five women who have created revolutionary forms of comic performance and discourse that defy prejudice. The artists include 16th-century performer Isabella Andreini, 17th-century improviser Caterina Biancolelli, 20th-century Italian playwright Franca Rame, and contemporary performance artists Deb Margolin and Kimberly Dark. All create humor that subverts patriarchal attitudes, conventional gender roles, and stereotypical images. The book ends with a practical guide for performers and teachers of theater. 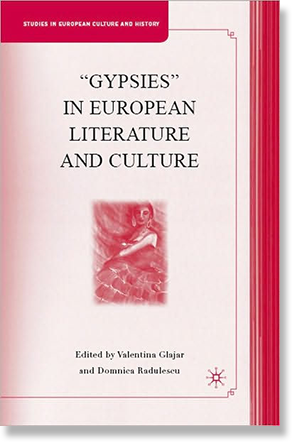 “Gypsies” in European Literature and Culture :

Studies in European Culture and History

This collection investigates portrayals of “Gypsies” across British, French, Italian, German, Finish, Polish, Romanian, Serbian, and Russian cultures in canonical and nationally aclaimed texts, Holocaust survivor literature, films, and other accounts. This book exposes tensions between imagined “Gypsies” and real Romanies and uncovers a kaleidoscope of Romjani images that speak of alterity, exoticization, and idalization, as well as enmity, presecution, and human rights violations. 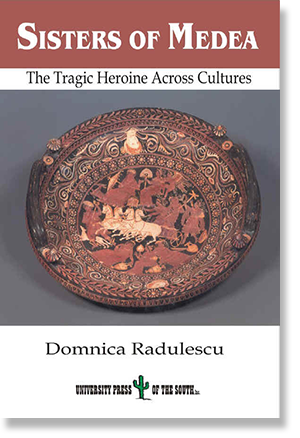 The Tragic Heroine Across Cultures

Defiant and despairing, rebellious and resistant, exiled or entrapped, the women discussed in Domnica Radulescu’s Sisters of Medea. The Tragic Heroine across Cultures are as much part of the Western literary tradition as they have been part of our culture and society. Sisters of Medea is an unprecedented exploration of the tragic heroine from a feminist perspective. It offers a panoramic view of heroines from various historical periods and geographical areas and redefines the tragic in terms of values and predicaments specific to female characters as well as to women outside the area of representation.

The book is largely comparative and is poised on the fine line between the constants and variants of the tragic heroine throughout significant historical and literary periods from Attic and Latin Tragedy, to the folklore of Old Europe, to Nineteenth Century French novel, to twentieth century avant-garde theater. Based on an interdisciplinary approach which combines gender studies, cultural anthropology, archetypal analysis and performance theory, Sisters of Medea attempts to counteract the very marginal status that the tragic heroine has acquired among scholars and philosophers. She is brought to the center of discussions on the tragic, not as an extension of the hero, but as an independent figure in her own right. The figure of Medea ultimately becomes the central symbol of the book as she challenges us to not only resist all forms of oppression but also to subvert the very myths, artistic works and all forms of artistic representation which have contributed in some form or another to the exile, imprisonment, suffering, deformation or misinterpretation of women.

"I believe this book will be a substantial and original contribution to Malraux studies. It is well-organized, accessible and comprehensive in its analysis of the works studied. In particular, it demonstrates far better than in any previous study the continuity and richness of Malraux's 'imaginaire' from the 'écrits farfelus' to 'Le Miroir des limbes'." : - David Bevan, Bishop's University

Be it in the light fantastic of his early work, or the classic tragedy of La Condition humaine, or sensuous poetry of the Antimémoires, André Malraux uses «farfelu» and related discourses to represent, not the simple «misogyny» of his critics, but a complex image of the symbolism of the sexes and of their interrelations - notably as regards the erotic, maternal, artistic and other aspects of the feminine. As Domnica Radulescu shows, in phenomenological (Bachelardian) terms, «farfelu» discourse is part of Malraux's creation through art of a true «anti-destiny,» a cosmic eroticism which recursively forms the primary material of the poetic imagination.