Domnica Radulescu is the Edwin A. Morris Professor of Comparative Literature at Washington and Lee University.

She is the author of three nationally and internationally acclaimed novels: Country of Red Azaleas (Twelve Hackett Book Group 2016), Black Sea Twilight (Doubleday 2010 & 2011) and Train to Trieste (Knopf 2008 & 2009). Train to Trieste has been published in twelve languages and is the winner of the 2009 Library of Virginia Fiction Award. Her play The Town with Very Nice People: A Strident Operetta has been chosen as a runner up for the 2013 Jane Chambers Playwriting award given by the Association for Theater in Higher Education. Her play Naturalized Woman was produced at the Thespis Theater Festival in New York City in 2012. She has authored, edited and co-edited several scholarly books on theater, exile and representations of women and received the 2011 Outstanding Faculty Award from the State Council of Higher Education for Virginia. She is also a Fulbright scholar and is presently working on her fourth novel titled My Father’s Orchards and on two new plays, titled House in a Boat and Crack in the Wall.

Domnica Radulescu has received a Fulbright Research Teaching Fellowship to study and teach at the University of Bucharest, Romania, for the 2017 fall term. Radulescu, who had a Fulbright to Romania 10 years ago, plans to complete the research and writing of her fourth novel, “My Father’s Orchards”, which takes place in Romania during World War II.

“I’m inspired by my father’s story and his life in Romania during and after the war,” said Radulescu. “Romania has an interesting history in that it first sided with Nazi Germany and later became part of the Allies when the Russians invaded. He came of age during that time and the subsequent communist takeover, and I’ve always been fascinated by his experience. I’m also going to be doing some emotionally difficult research looking into the files of the secret police, which are now available. Like my other novels, this one will examine themes of political upheaval, love and trauma with a new element, that of the paranormal. Romania has a rich folkloric history, and since it is my heritage, it will be interesting to explore.” 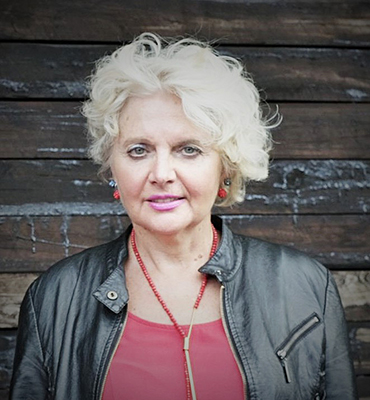 Domnica Radulescu tells the story of how theater saved her life in the early 1980s, during her last years in my native Romania, then a brutal dictatorship. How it lifted her above the oppressive grayness filled with terror and myriads material and spiritual deprivations and it gave her a sense of purpose and even joy.

This story has now been published on the blog of The International Centre for Women Playwrights, follow the link below:

"Winnie in the Attic"

Ménage À Trois: My Remarkable Odyssey From Former Communist-Ruled Romania To The US

Domnica Radulescu writes about her memoir 'Dream in a Suitcase', the book she once swore she would never write but in the end, it was the book itself that demanded to be written, for 'YourTango'.

Domnica writes for 'Your Tango'

Dream in a Suitcase, With Domnica Radalescu : Releasing Trauma; a Survivor's Podcast

With uncompromising irony, self-deprecating humor and unapologetic feminist rebelliousness that calls to mind Sylvia Plath’s The Bell Jar, Dream in a Suitcase is a powerful memoir that immerses readers in the mind of a woman who makes the bold but heartbreaking decision to leave behind her family and country to pursue the illusory American Dream. Domnica Radulescu speaks with Tracey Osborne for a Releasing Trauma podcast. 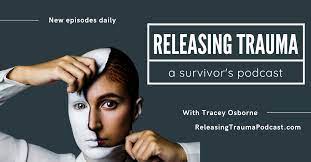 J J Barnes interviewed Domnica Radulescu about her life and the experiences that inspired her to write her memoir, Dream In A Suitcase, for 'The Table Review'. 'The Table Review' also carried a review of the same novel.

“Welcome to America” is fragment from 'Dream in a Suitcase : A Story of My Immigrant Life'

A memorialistic chapter about the author’s arrival to america and her first months in Chicago in 1983, during the coldest winter of the century recently appeared in the European Journal of Life Writing and a link to the extract can be found below:

Radulescu will teach two courses, one on playwriting and performing trauma, and one on memoir, autobiography and writing about political trauma in the American Studies program at University of Bucharest. “It’s poignant for me because I will be teaching at the university in the same building where I went as a student before I escaped Ceausescu’s communist regime. I will have as a colleague one of my dearest former professors of English literature. I met her again 30-some years later at a conference, and she suggested I come on a Fulbright. Now, here I am, returning to a place that now is teaching my first and second novels in transnational literature courses. I’m following an intellectual and emotional arc in returning to my native city.”

While in Romania, Radulescu also plans to meet with theater directors who are interested in producing a few of her plays. “Bucharest is such a theatrically and culturally vibrant city, with one of the largest summer theater festivals in the world”, she noted.

“I’m excited to reconnect with my roots in the new, modern Romania”, said Radulescu. “Things have changed. It’s quite a different country from what it was. I’ve been going back relatively frequently for work and to visit family, but I’ve felt like a tourist in my own country. When you go and work in a professional setting it is a very different feeling. I always say you don’t belong to a place unless you work in it. You need to feel the rhythms of the city.”

The literary magazine Shenandoah was founded in 1950 by a group of Washington and Lee University faculty members and undergraduates. Like the university which sponsors it, Shenandoah strives to encourage imagination, precision, prudence, diversity and daring. Recently it published a featured interview with Domnica Radulescu, highlighting her experiences as a scholar and writer and offers a provoking insight into her masterful creations and understanding of multiple cultures.

The magazine Shenandoah is the Washington and Lee University Review. It is funded and supported by Washington and Lee University. The magazine maintains a board of university advisors who offer guidance and advice, and the current editor conducts an intern program in which undergraduate students work for the journal and learn the craft of editing as an academic course in the English Department. Like the university which sponsors it, Shenandoah strives to encourage imagination, precision, prudence, diversity and daring.